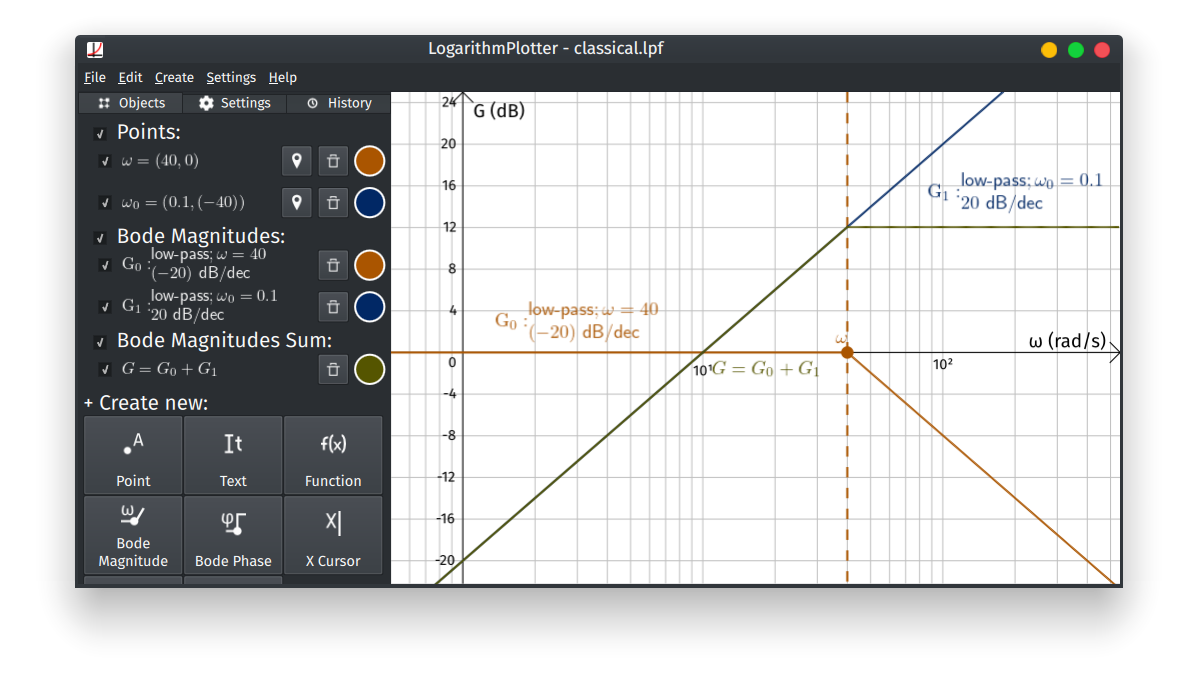 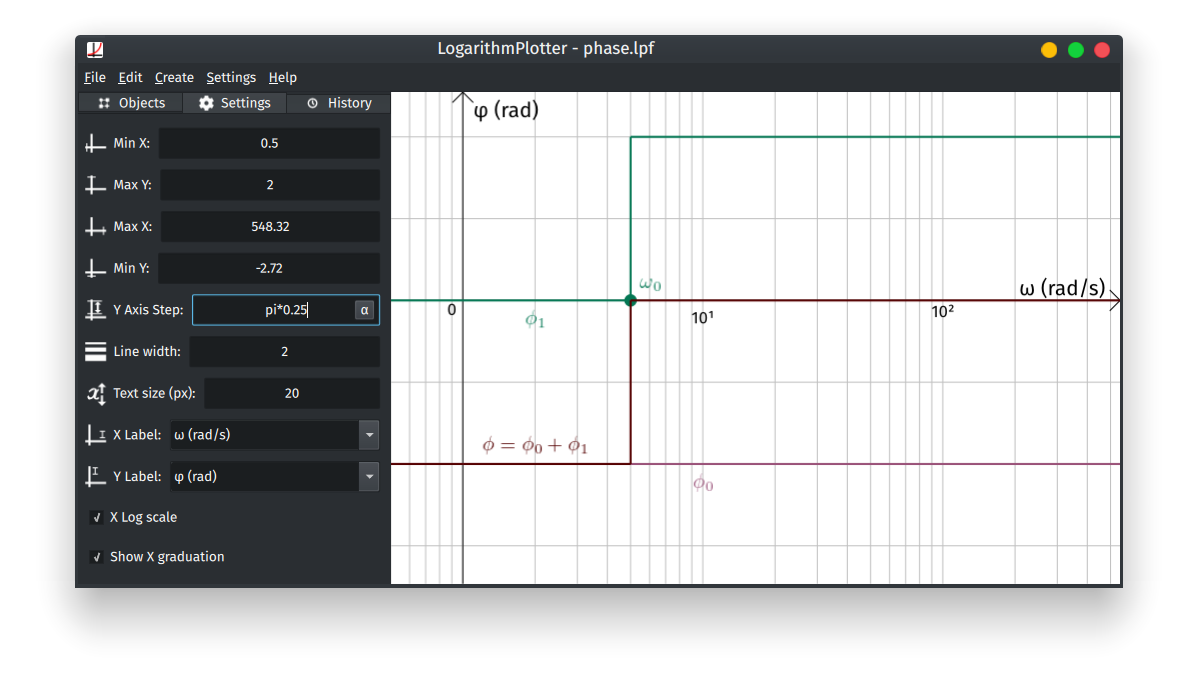 You can find more screenshots on the app website.

In order to test translations, you can use the --lang=<lang code> command line option to force the detected locale of LogarithmPlotter.

All scripts noted here can be found in the scripts directory.

You can generate installers from LogarithmPlotter after installing all the dependencies:
For all builds, you need Python 3 with PySide2 installable with pip install PySide2.

There are several ways to contribute to LogarithmPlotter.

Language files translations located at LogarithmPlotter/i18n are licensed under GNU GPL3.0+ and are copyrighted by their original authors. See LICENSE.md for more details: